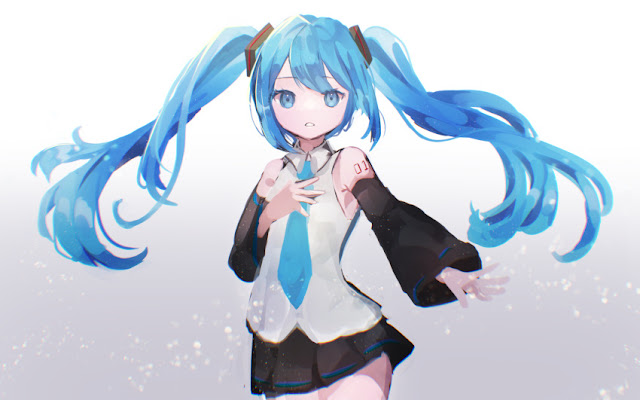 The anime girl with blue hair is one of my favorites. I know you're not interested in knowing this about me, but I'm going to build a list of blue hair anime females today. 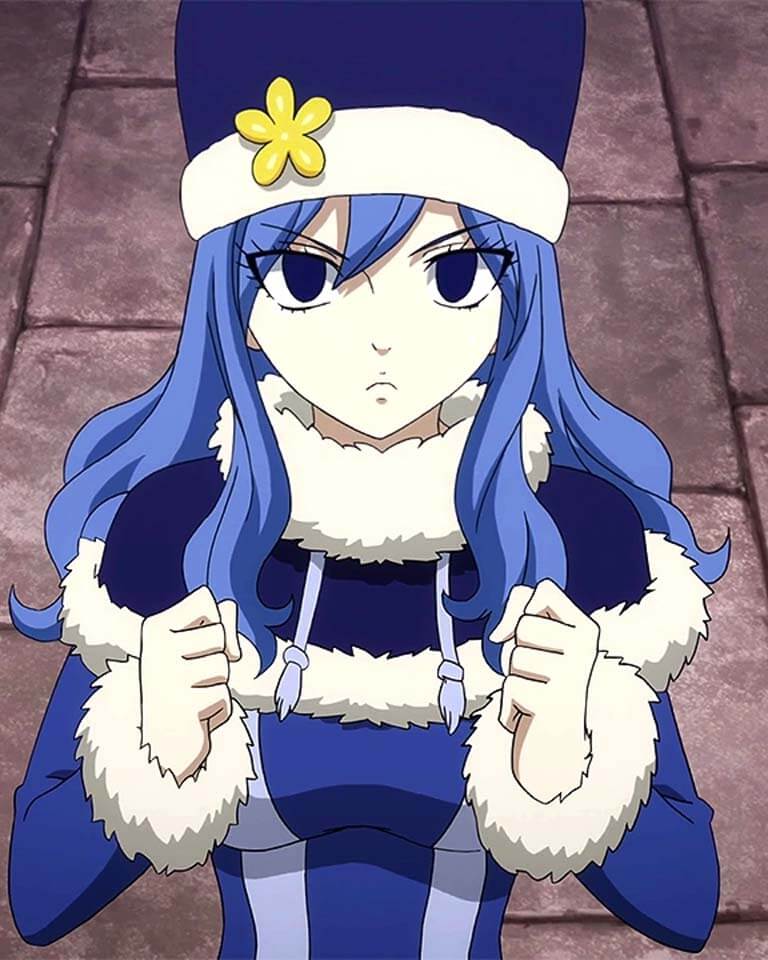 Juvia was first presented with long hair, tightly coiled at the base, wearing a sapphire blue overcoat, a navy blue fur-trimmed cream shawl with a pure white tero-tiro-piezo attached, as well as a Russian Cossack hat assorted.

After becoming a member of Fairy Tail, she cut off her long hair and started wearing more revealing clothes. However, after hearing about Gray Surge's crush on her Edolas counterpart, Juvia reverts to her original appearance save for teru teru bōzu, wearing the Fairy Tail crest instead. Juvia's Fairy Tail Guild seal is located above her left thigh and is blue. His guild seal color later changed to white in X792. 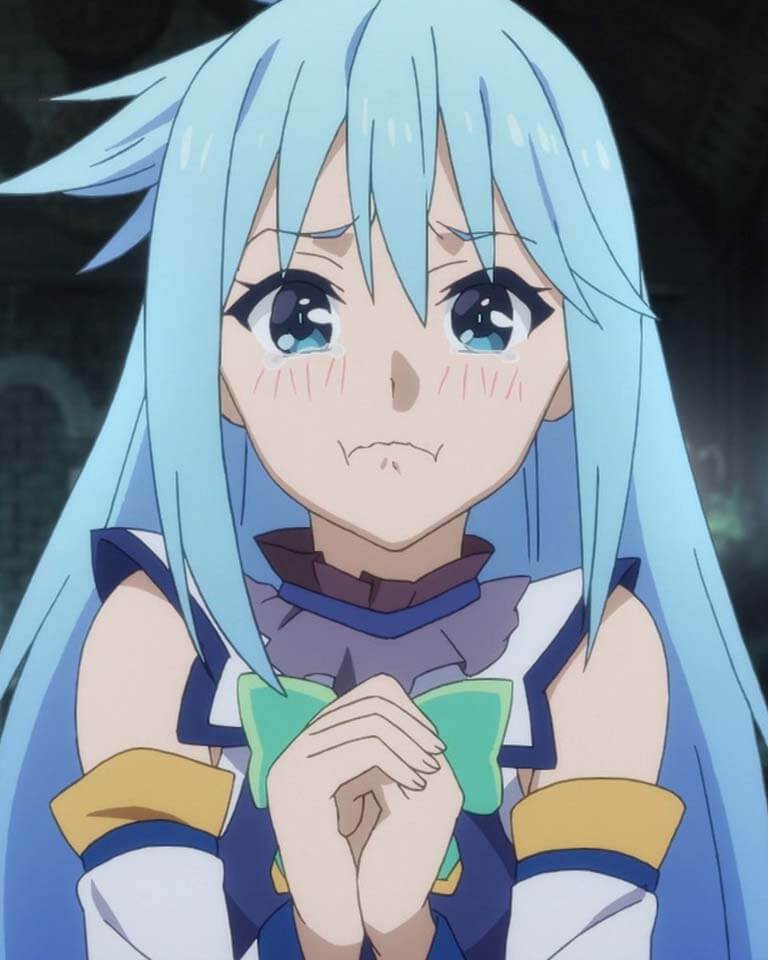 Described by Kazuma as possessing a beauty that no human being can match, Kazuma possesses aqua hair and light blue eyes, a slender build with ample breasts, long legs, wide thighs, and long-waisted blue hair that is partially attached in a clip ring. B-W-H is 83-56-83cm tall and 5'4" tall.

Aqua wears a navy feather sleeveless dress with white ruffles (doesn't reveal too much, but doesn't hide anything), a very short dark blue mini skirt, a green bow around her chest with a blue jewel in the middle, a petticoat transparent purple and separate white sleeves with blue and gold borders. She wears blue high heels over white stockings with blue trim. 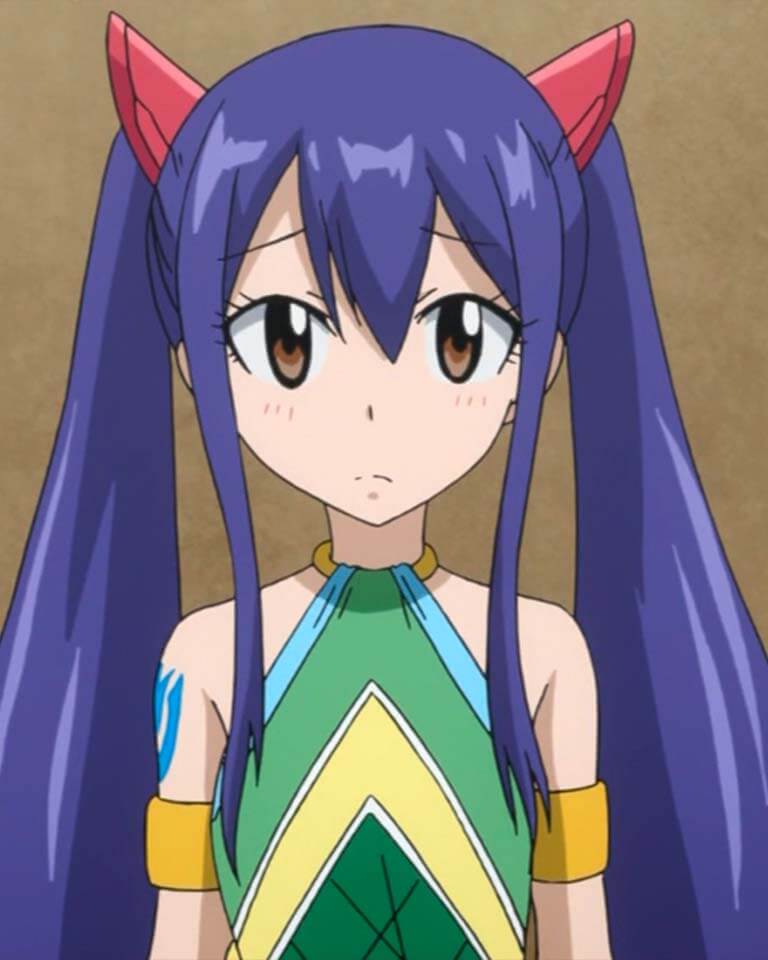 Wendy is a fair-skinned little girl. In the front, she had long, dark blue hair that reached her waist, with two bangs framing her face down to her chest next to her brown eyes.

She later cut her hair into short pieces during her fight against Tartaros, although cancer later reverted her to the long hair she usually had after the fight. Like all Dragon Slayers, he has the oblong canine teeth. 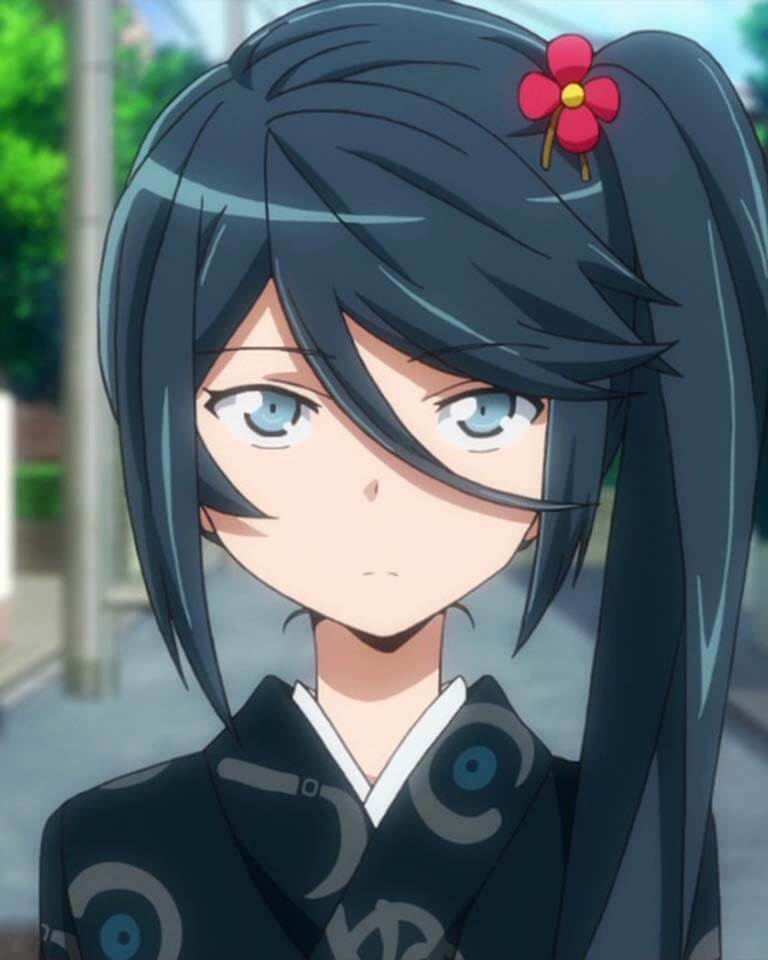 Suzuno Kamazuki has smooth skin, watery eyes, and long navy hair styled in a side ponytail with a streak framing her opposite cheek. He is held in place by a red flower clamp which is actually his weapon of disguise, although it allows his hair to run freely down his back while the hammer is used in combat.

She has a small body and physique with a small chest and a slim figure. Perhaps due to her previous career as a dermatologist, she usually wears a serious expression which, combined with her unbridled tone of voice, often makes her appear abrupt or insensitive. 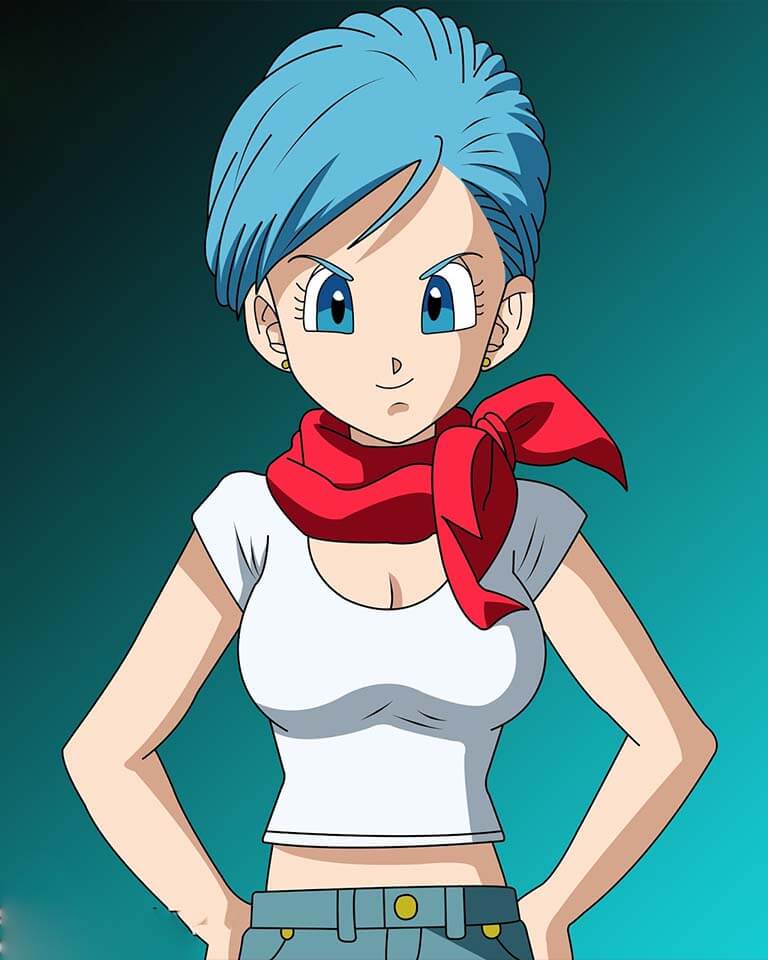 Throughout the series, Bulma has changed her appearance more than any character, going through 18 different hairstyles. Her hair colors vary according to the shapes, the color: purple, blue or turquoise. She had a shoulder length hairstyle when she was a teenager. Many of the clothes Bulma wears often feature her name or the logo of a capsule company. 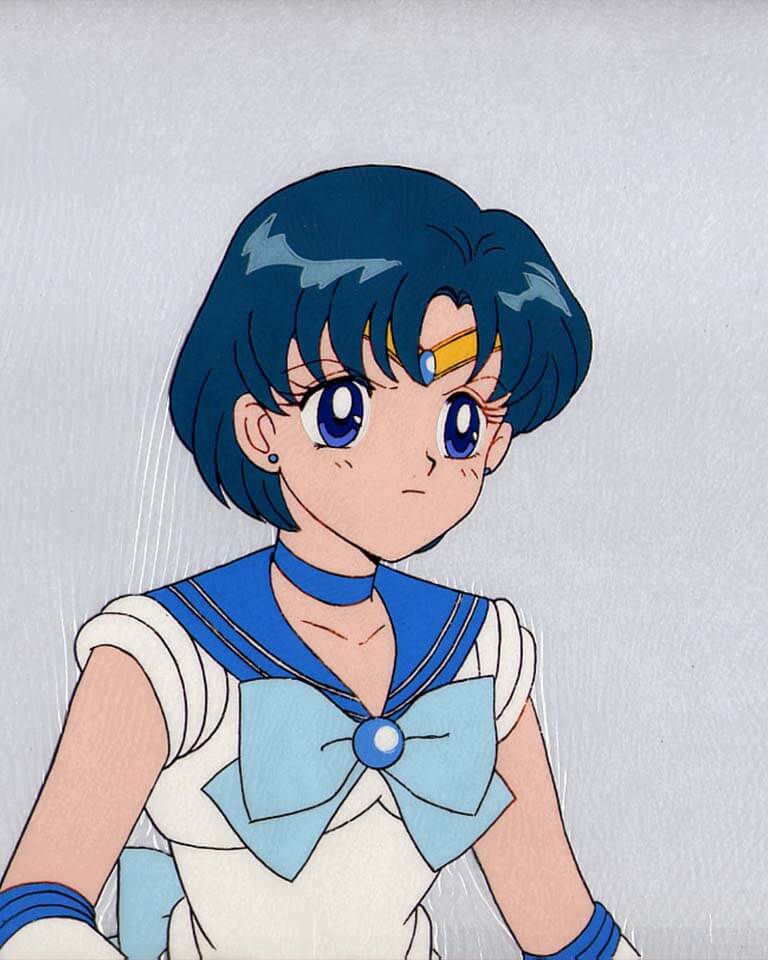 Ami Mizuno is a teenage girl with short dark blue hair that reaches her neck and blue eyes. She stands at a height of about 157 cm or 5 feet 2 inches tall. Sometimes Ami will be shown wearing reading glasses. 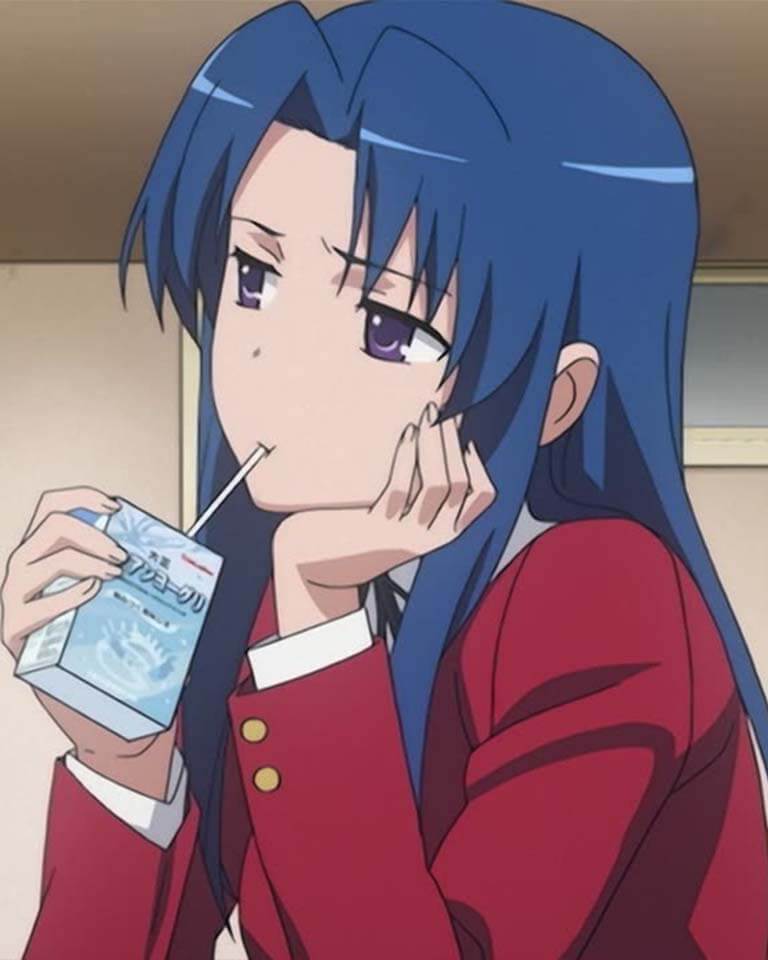 Amy's appearance matches her modeling career well - tall, with blue hair straight to her waist and parted at the sides. His bust is more developed than the other characters of his age in the series. She has purple eyes. In the original accounts, his eyes were described as dark brown. 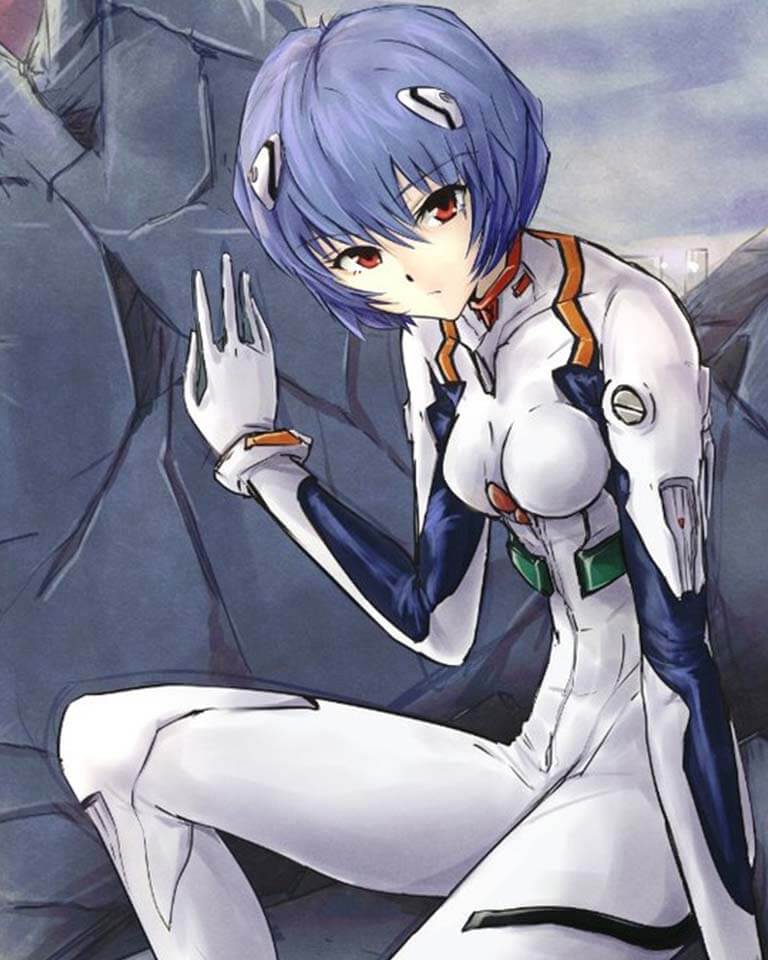 Rei has short pale blue hair with a bang in the middle and has red eyes. At the start of the series, she wore bandages such as her arm and eye. She wears the same school uniform but instead wears white shoes and black ankle socks. 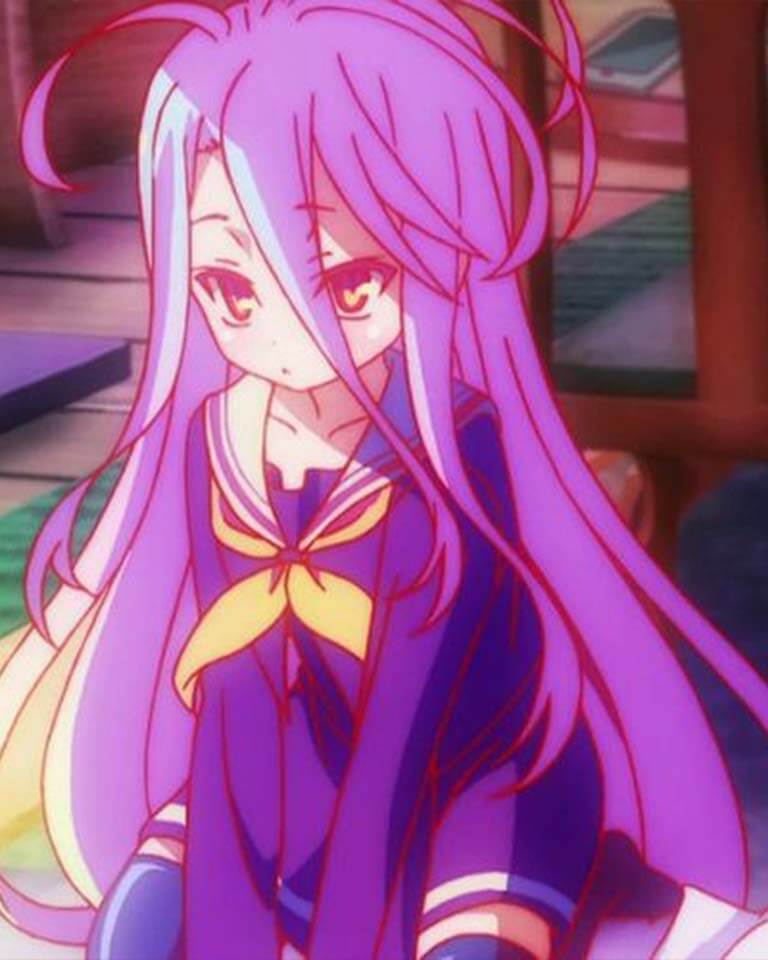 Shiro is a pretty, pale-skinned girl with very long, messy white hair who has pale blue, purple, pink, green, and yellow eyes and large golden/yellow and red eyes. She is rather thin and of average height . 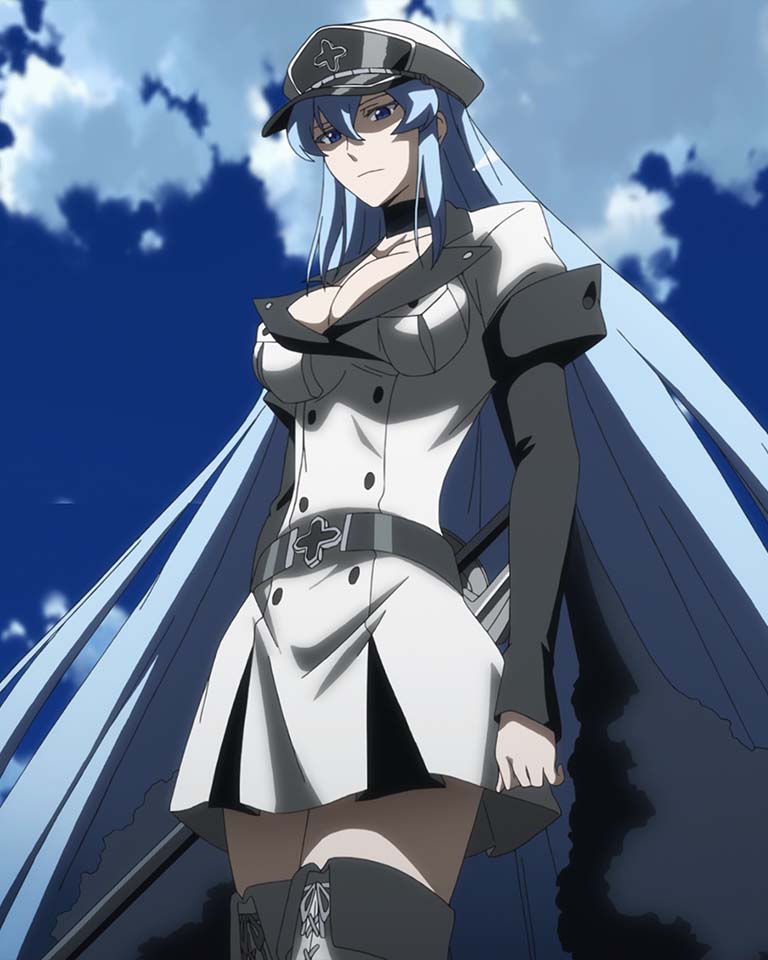 Esdeath was a tall, beautiful, slender woman with long light blue hair and blue eyes. She was dressed in general with long sleeves with buttons on the upper arms, a blue scarf around her neck and high-heeled shoes. She also has a tattoo on her chest, which is a sign of Teju. 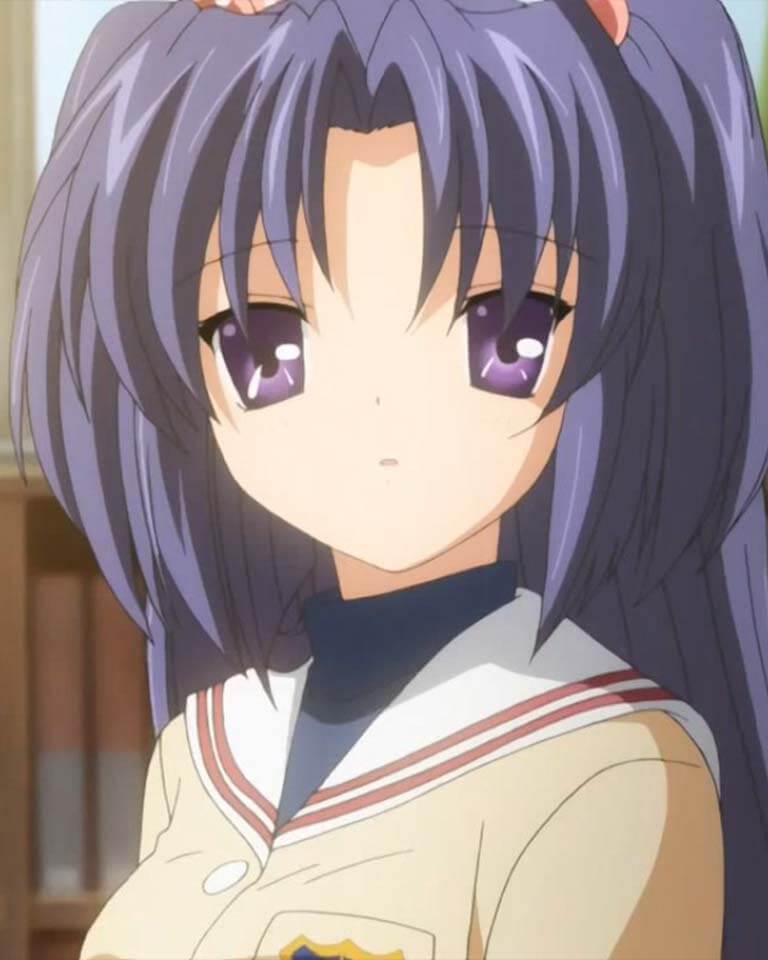 Kotomi has short and long indigo straight blue hair, with tufts of hair completely covering her ears and sparse bangs in the middle. The short section of Kotomi's hair weft is split in half and tied into two small ponytails with two large pink beads. 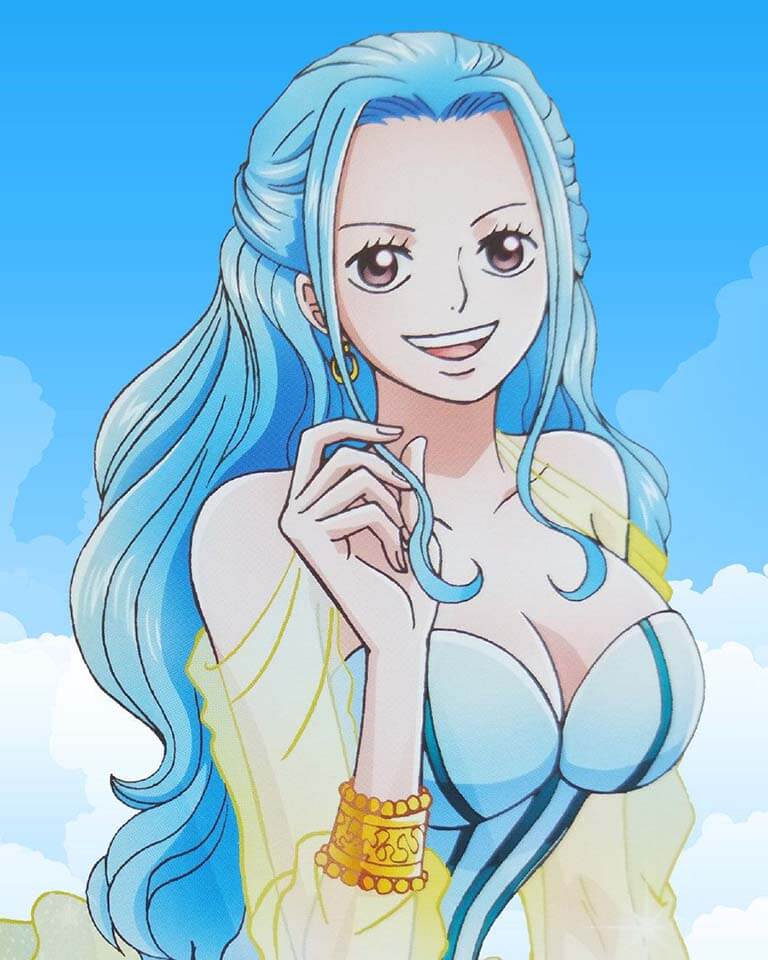 Vivi is a young woman with long, wavy light blue hair, with two hanging tufts, one on either side of her head, that started at about chin length but just past her shoulders in her last appearance before the time flop. 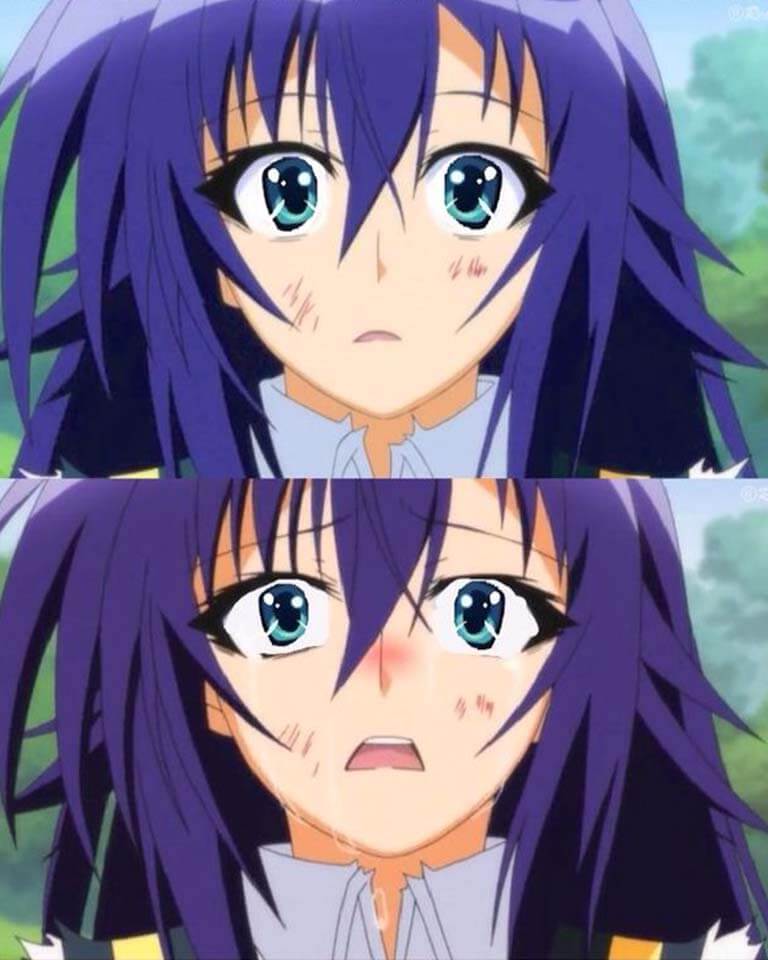 Medaka cut Zenkichi's shoulder-length hair and wears the rest in a small ponytail. She now wears a light yellow open jacket and a dark red shirt that shows off her midriff. She also wears jeans and separate sleeves to match her shirt.

After dropping out of Hakuniwa Academy, Medaka returned to the standard female uniform. After assuming the position of president of the academy, Medaka wears a dark jacket with the academy's insignia over a long-sleeved collared shirt. She stops tying her hair and puts on a small pair of glasses. Ten years later, Medaka wears a white suit with six buttons down the front. The costume has a dark section in the middle and at the cuffs. Her hair grew back and her breasts got bigger. 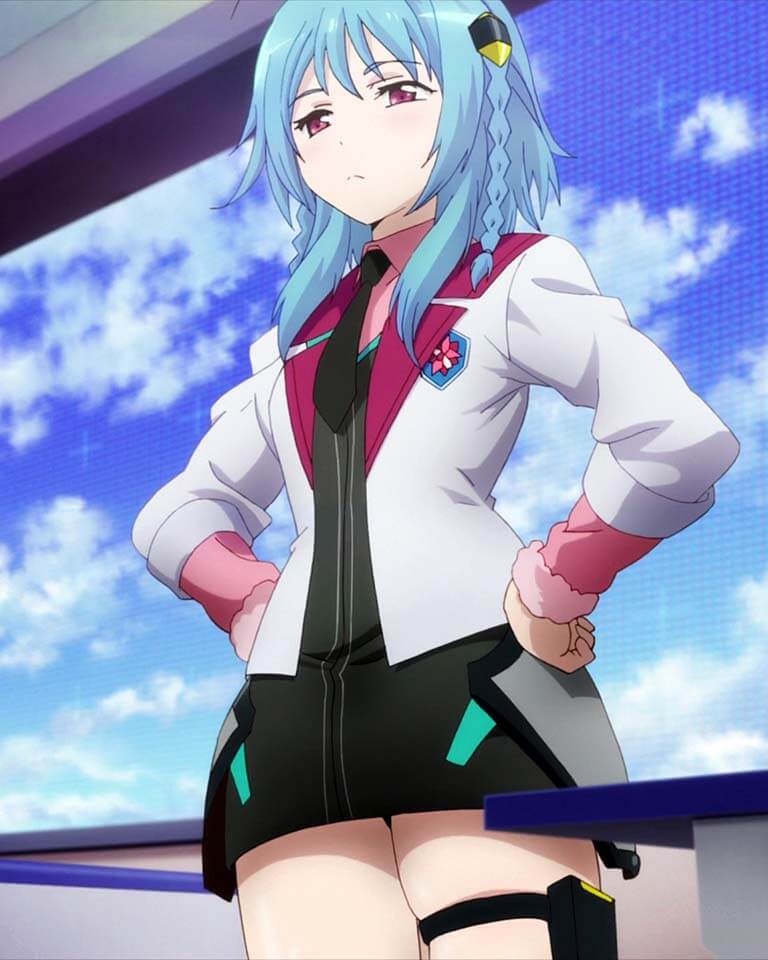 Saya is described as a little girl, who can be compared to an elementary school student. She has shoulder length light blue hair, with choppy bangs, an ahoge and two short braids secured with a yellow and black hair piece.

She wears a Sidokan Academy jacket, a white shirt with a black collar and tie, and a black dress similar to Jules, but with additional white stripes. On her left thigh, she has a pistol holster and wears orange and black stockings that rise slightly above her knees. She also wears black and white high-heeled shoes with a blue stripe on her sole and black "collars".