In these manga, a gender bender is a character who has a total or partial bodily sex change as a result of environmental variables, an enchanted item, a granted desire, or a variety of other factors.

The character may be locked in their new body, change back automatically at some time, or have the capacity to change back and forth at will, depending on the situation. The Gender Bender tag also applies if a man and a woman share the same body.

Here is a collection of the top 10 gender bender manga worth reading. Such as 1/2 Prince, Fukigen Cinderella, and Love In The Mask, which have several gender swap scenarios. 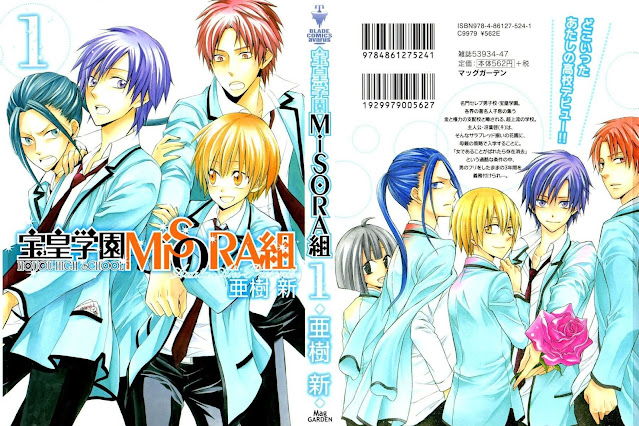 Kei is a girl who simply wants to hang out with other girls! Her mother, on the other hand, duped her into enrolling in an all-boys school, believing she'd be able to make her high school debut at a co-ed institution.

Being surrounded by hot guys at an all-boys school may be nirvana for normal girls, but it's agony for Kei! What is Kei to do in this place where there are no other girls and she has to keep her true identity hidden? 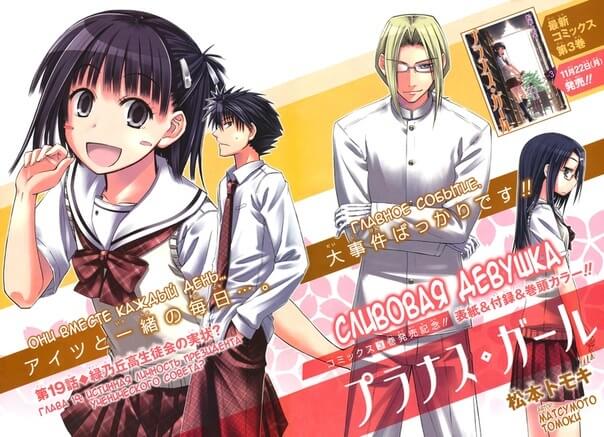 Maki runs into a young girl while going to examine his high school admissions results. He falls under her spell almost immediately, yet he is unable to establish touch. But, to his delight, he realizes that she is in his class on the first day of school!

Maki is ecstatic until the girl identifies herself and reveals that Aikawa Kizuna is, in fact, a dude! Maki still has suspicions about Aikawa's sex a month later and is determined to find out the truth no matter what! What he doesn't realize is that this resolution amuses Aikawa, who takes advantage of the situation to torment him. 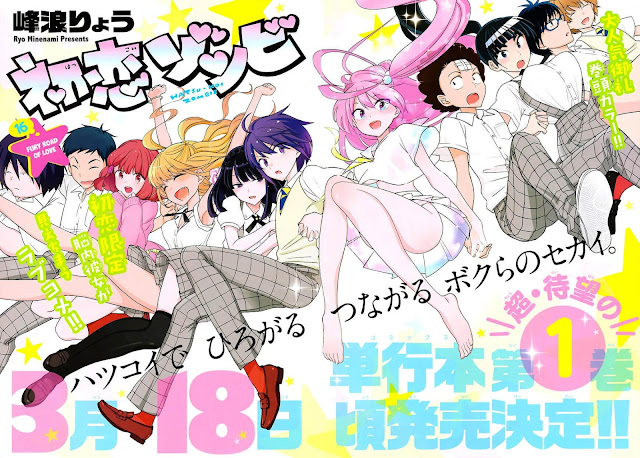 Tarou Kurume, a boy who isn't interested in love, is the protagonist of the manga. During a P.E. class, he is struck in the head by a baseball, resulting in a severe concussion. When he arrives at the infirmary, he is greeted by a pink-haired, joyful, well-endowed, and barely clad girl who appears to be floating in mid-air.

Not only that, but he starts seeing similar "ghosts" around a lot other boys, and he figures out that they're all romanticized versions of the first female they loved, with Tarou's first love being the floating zombie above him. 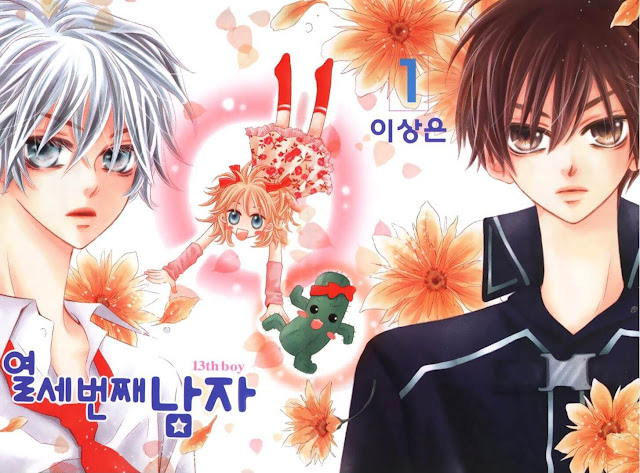 Hyun-Bin has managed to stay alive on the streets by concealing her gender. Hyun-adored Bin's little brother dies in a heartbreaking chain of events, and she flees the begging, the gangs, and directly into the hands of a wealthy family. Her life may have improved, but it is far from perfect: she must undergo daily training and protect the family's youngest member, the innocent and princess-like Yae-Ha.

There are only two rules: Hyun-Bin must risk her life to defend Yae-Ha, and no one must ever know she is a girl. It's a lonely and chilly existence, but a chance encounter with the delinquent Yun-Ha serves as a spark for future developments. 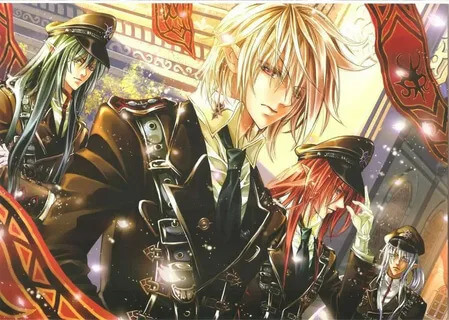 Feng Lan's brother assured her that as a girl, she would be pampered if she played the virtual reality game Second Life. She was given her unique request for a male avatar to show that she could be a better player than him even without a handicap.

Her adventures in an online role-playing game begin as she learns about the game and what it's like to be considered a boy. 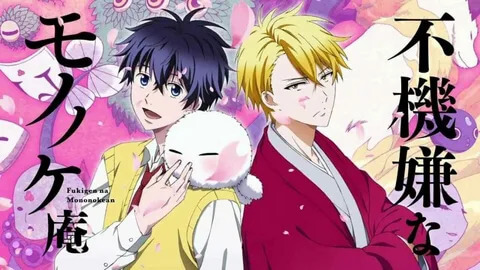 Kanna Haruhiko (male) was transformed into a girl for reasons unknown to him. He reverted to his male form after a while, but the contrasts in both physical elements and ways of communicating with other people perplex him as the cycles between turning into a lady and then returning to being a guy continue.

In addition, he experiences rapid shifts in his relationships with others, including his best friend and a childhood pal. A narrative about men and women told in a spectacular manner... 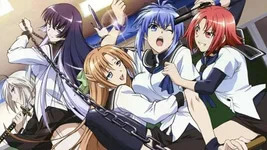 Natsuru Senou, a regular high school boy with blue hair, is the protagonist of the novel. He wakes up one day to discover himself transformed into a girl.

Harakiri Tora, a stuffed tiger, comes to life and informs him that he has been selected as one of the "Kampfer," female fighters. Kampfer are doomed to fight against other Kampfer. When he is attacked by an unknown female who also happens to be a Kampfer, the narrative begins. 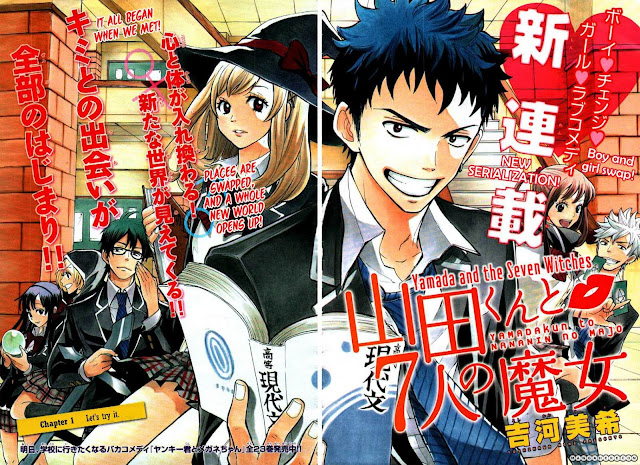 Ryu Yamada is a fifteen-year-old high school student who is seen as an antisocial adolescent by his peers.

He is, without a doubt, nasty, vulgar, and unintelligent; in short, he is a rotten lad!
As a result, no one wants to hang out with him, and our protagonist is lonely.

His life is routine until the day he meets Urara Shiraishi, a gorgeous and intellectual young lady, on the stairwell of his high school.

Ryu and Urara will trade thoughts without even realizing it!

The spirit of Ryu will get stuck in Urara's body, and the spirit of Urara will become trapped in Ryu's body!

Ryu will instantly detect that something is awry in his school, irritated by this more than embarrassing circumstance... 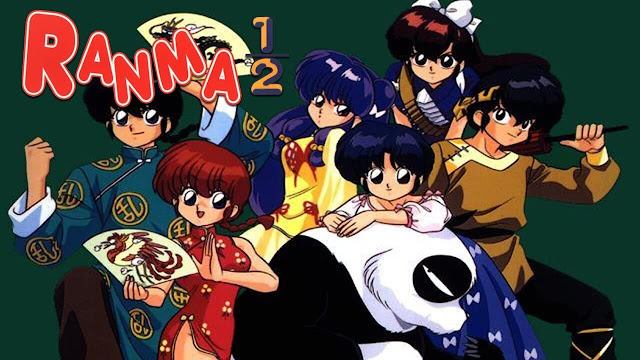 There is a well-known training springs in China where martial artists can polish their talents to a high level. Regrettably, the springs are afflicted as well! Ranma, a teen martial artist, falls into the "spring of drowned female" and now transforms into a woman whenever he comes into contact with cold water. That doesn't stop his father from proposing to Akane, the daughter of an old friend and a strong girl who has more important things to worry about than boys.

Two other females have been engaged to Ranma, so Akane isn't the only one who has a chance at his affections. But Ranma has more important things to worry about than his love life—like creating a slew of insane rivals and many more suitors! 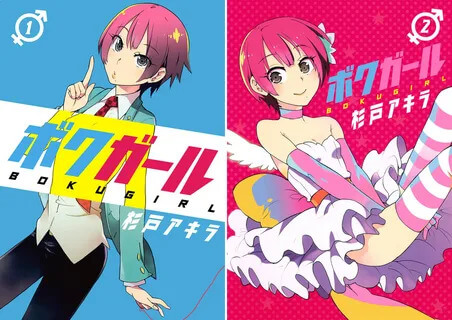 In front of an unique Mirror, Mizuki is confessed to by a boy. According to legend, if you declare your feelings to someone you like in front of that mirror, your wish will come true! There is one minor flaw in this equation: Mizuki is an extremely feminine-looking young man.

While looking into the mirror, he seemed to have attracted the attention of the Norse Trickster God Loki. Loki, bored, decides to toy with Mizuki and turns him into a real girl. As a result, there are a slew of mishaps...