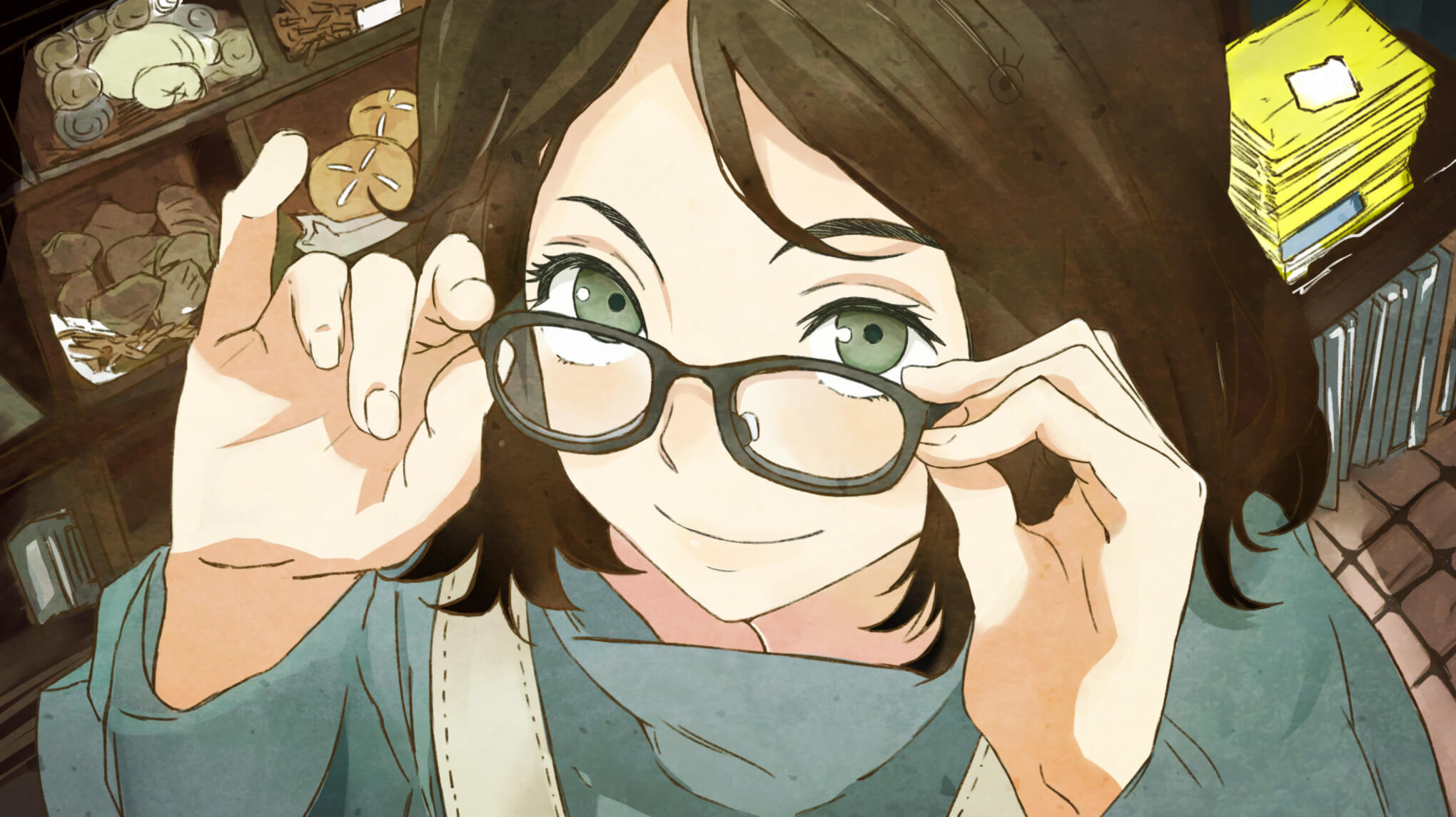 Cute Anime Girls With Short Hair and Glasses Chosen by Japan have acquired its own cliché among anime viewers. Meganekko, or spectacles females with short hair, are characters that can be nerds, master planners, bashful, or humorous, but it all comes down to their specs!

So, today, we'll discuss the Top 10 anime girl with short hair and glasses. It's just a thing when anime heroines wear glasses and look cute. 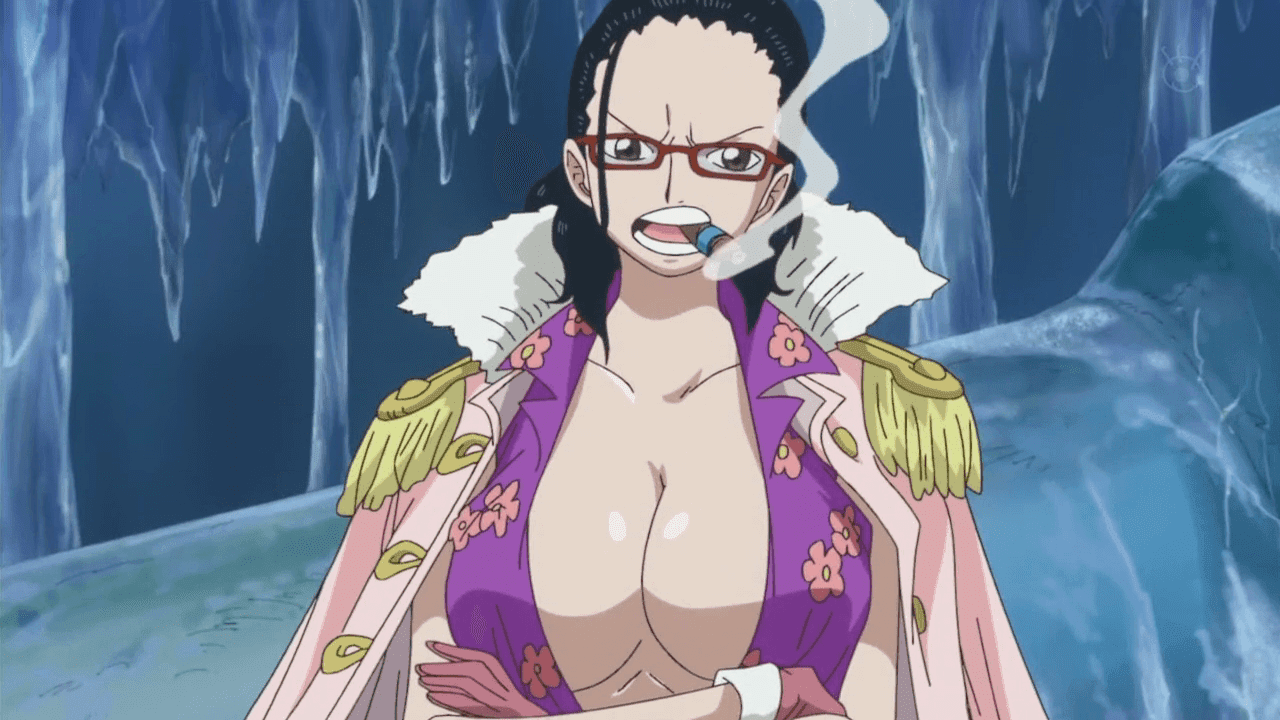 Captain Tashigi is a Marine officer assigned to Vice Admiral Smoker's G-5 base.

Tashigi has dark brown eyes and short black hair that falls between the chin and shoulder. She has a striking resemblance to Zoro's childhood buddy Kuina. She wears red-framed rectangular glasses. The primary character in the Kyoukai no Kanata series is Mirai Kuriyama. She is a first-year student and a member of the Literary Club at the school.

Mirai has a tiny body, wavy chin-length peachy hair worn in a bob with fringes touching her brows, and golden eyes in amber and brown shades.

Mirai's most distinctive accessory is a pair of thick-rimmed, spherical, crimson spectacles that she wears all of the time. She switched to a pair of square black glasses for a brief while before returning to her red ones as soon as she was allowed. 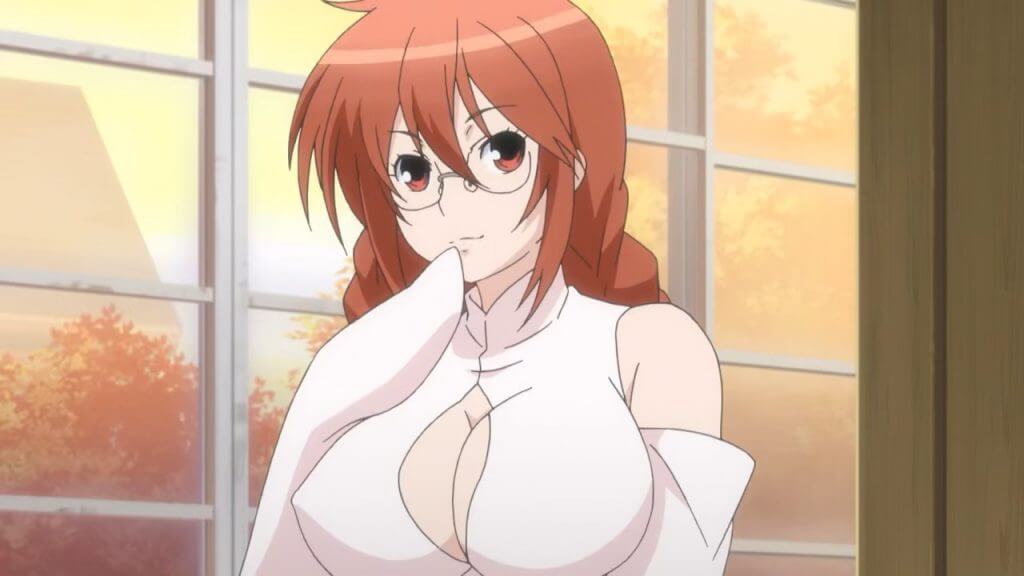 Matsu is Minato's third Sekirei and one of the story's heroes.

Matsu has orange eyes and short orange hair with long side plaits. She is dressed in a loose-fitting white cheongsam-style outfit with glasses. When she visits public facilities such as hot springs, she is seen wearing a piece of cloth to hide her head, which she does only to escape MBI forces and the Disciplinary Squad. 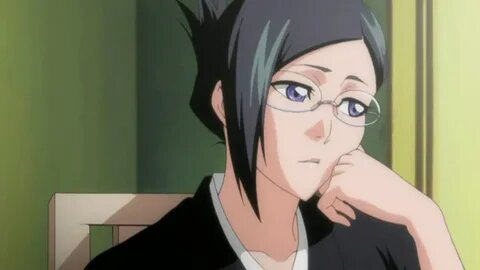 Nanao Ise is the colieutenant of the Gotei 13's First Division, and Vice President of the Shinigami Women's Association, under her uncle, Captain Shunsui Kyraku.

Nanao is a thin, young woman with short black hair that is usually pinned back and flat bangs that fall to the right side of her face.

She has slightly light blue eyes with a deep violet hue and wears spectacles that are slightly oval in form. 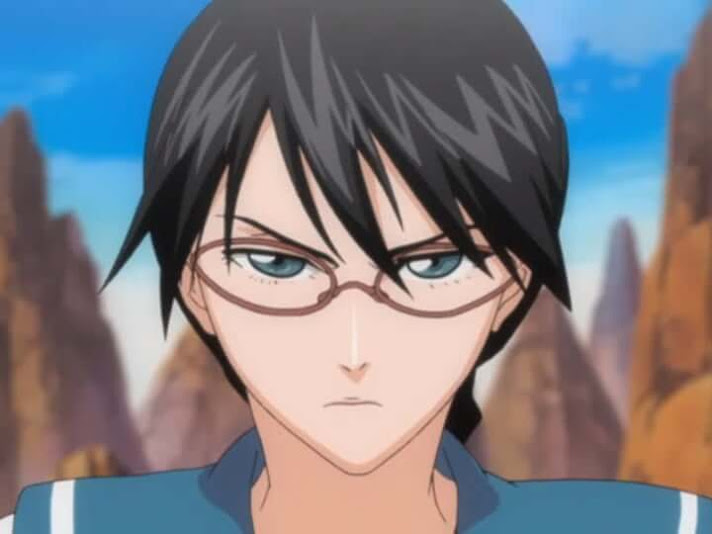 Lisa Yadmaru is the current captain of the 8th Division and a Visored. Yuyu Yayahara is her lieutenant.

Her hair is styled with bangs in the front and a braided ponytail in the back. 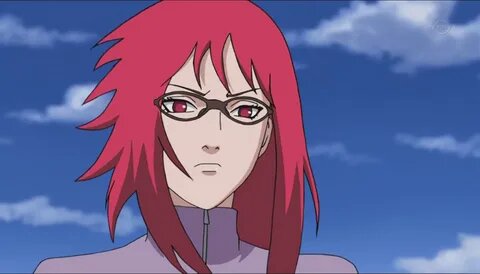 Karin is an Uzumaki clan member and a subordinate of Orochimaru, a former kunoichi of Kusagakure. While Orochimaru was away, she assisted him in his experiments and was placed in charge of his Southern Hideout as warden.

Karin has crimson eyes, fair complexion, and the Uzumaki clan's signature red hair, which she wears in an odd haircut on the right side, which is short and spiky, while the left side is longer and straight.

She has a pair of small brown glasses on her face. 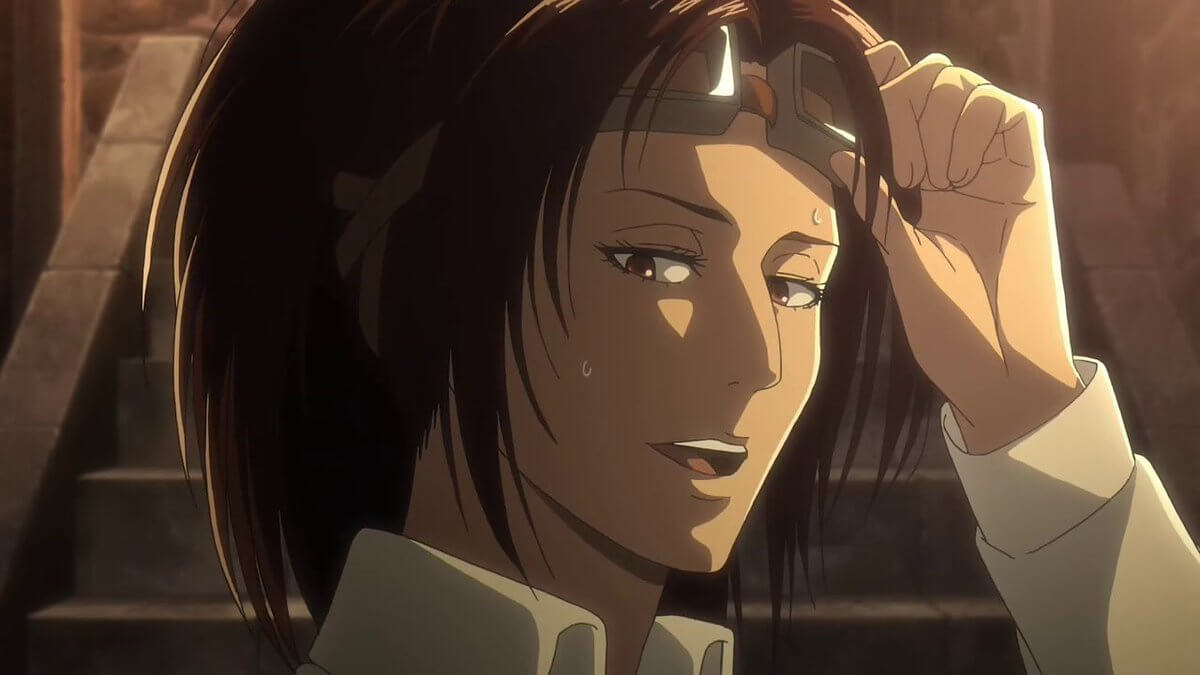 Before Erwin Smith's death, he nominated Hange Zo as the 14th commander of the Survey Corps.

Hange wore his hair in an untamed high ponytail with bangs parted in the middle and had large, light brown eyes.

Hange used square, thick-rimmed glasses with headbands to hold them in place during fighting. 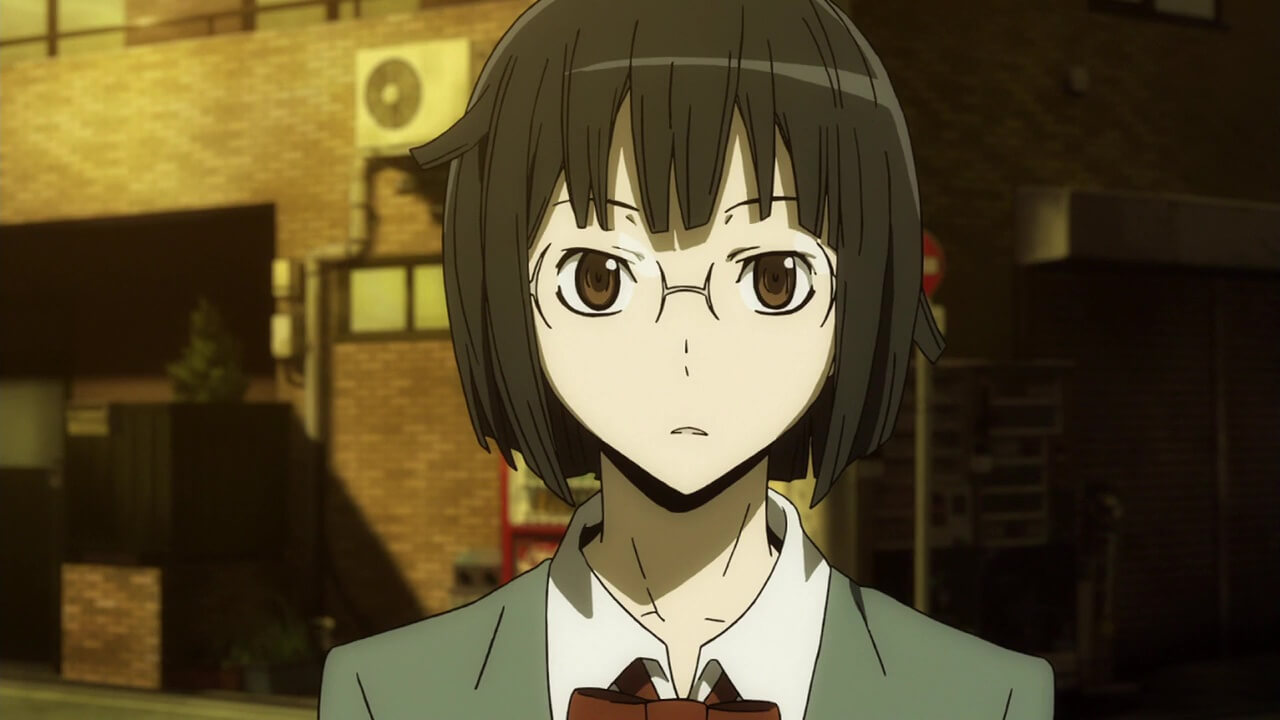 Anri Sonohara is a bespectacled girl who attends Raira Academy with Mikado Ryuugamine and Masaomi Kida, two of her closest friends. 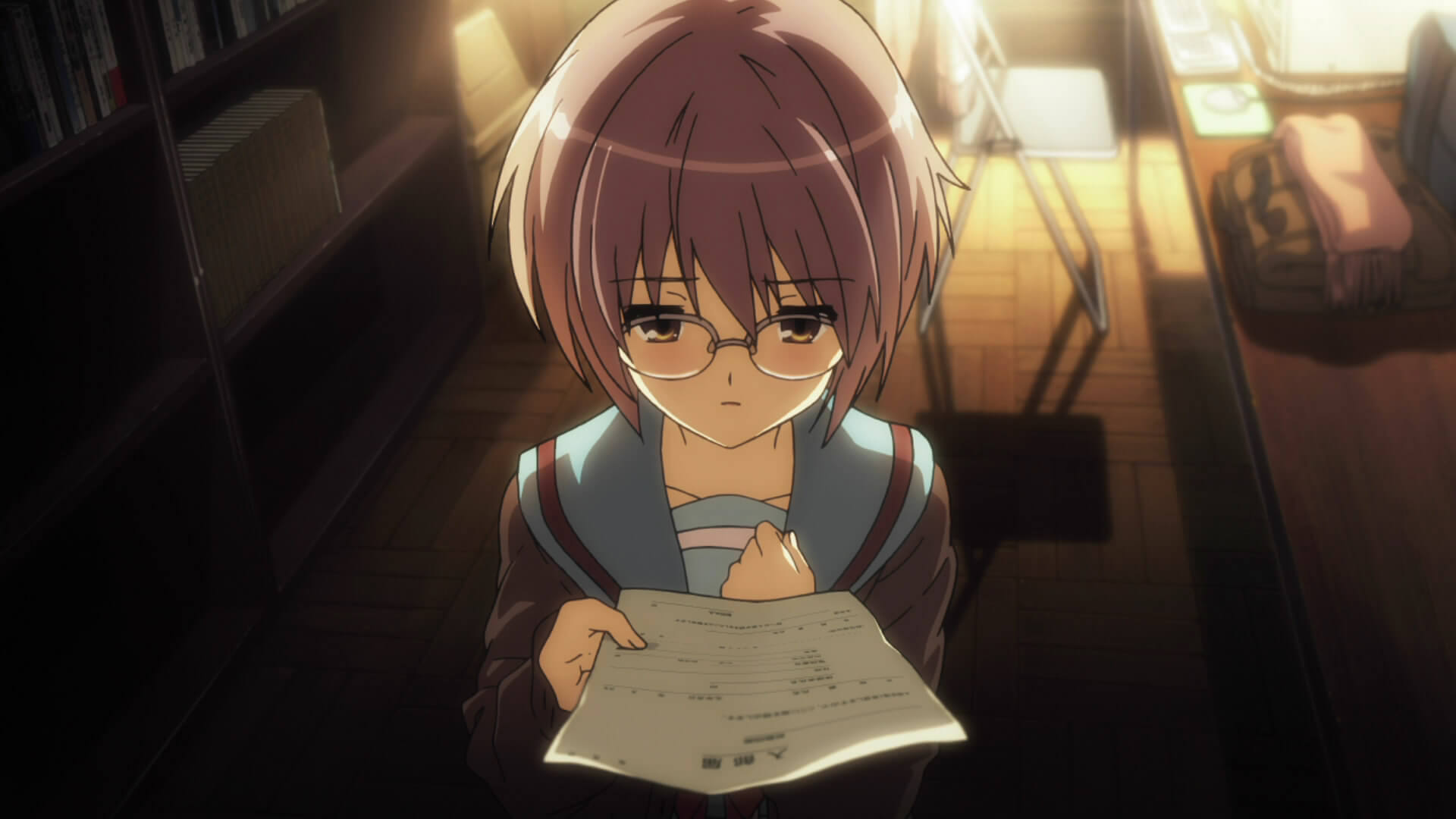 Yuki Nagato is a main character in Haruhi Suzumiya, a light novel and anime series. She is a member of the SOS Brigade, a humanoid interface built by the Data Overmind, and Kyon considers her to be the group's most reliable and trustworthy member.

In comparison to the rest of her friends, Yuki is quite short for her "age." She has golden brown eyes and short jagged purplish hair that never grows. She used to wear glasses, but Kyon convinced her that she looked better without them. 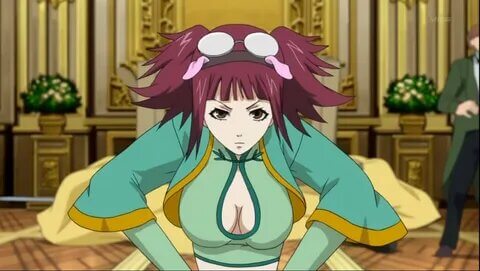 Mey-Rin is the Phantomhive household's maid.

Mey-Rin is a young woman with hazel eyes and short maroon-red hair that she wears in high pigtails most of the time. She wears enormous, thick, round glasses, a present from her master, to see up close; her vision is otherwise exceptional, since she can see and shoot targets from a thousand miles away, according to her previous boss.